Bluescale Academy is a small academy near Craigstone, a mid-sized trading town. It is known for its massive library, remarkable tolerance of foreigners and other races, and for bordering the Dragon’s Forest.

Dragon’s Forest is a sprawling forest that spans the Dragonspine Mountains, where a ferocious blue dragon was said to live, deep in a cave full of treasure, waiting to gobble up any trespassers it senses in its forest. Although the dragon is believed to be long gone, rowdy children are still told to behave, lest the dragon arise from the dead to eat them.

Dragon’s Forest is also home to a great variety of magical creatures, including very rare ones. Thus, it is a popular destination for those seeking particularly difficult to find magical creatures, such as unicorns or chimeras. Unfortunately, this also makes it a prime hunting ground for poachers.

Or, it would, if not for the spell protecting the entire forest.

The spell is unbreakable, cannot be weakened or transferred to another object/place, and seems to only effect those of impure intentions. People who are simply lost, or seeking shelter from a storm, enter the forest without problems; poachers or those seeking to hurt the animals within become confused, hallucinating that some unseen horror is hunting them until they exit the forest. People seeing a particular healing herbs enter without a problem, the same for those seeing a particular animal for healing materials such as droppings, shed feathers/hair/fur, or horns.

Inside the forest are several lakes of varying sizes and two rivers; their names come from magical creatures living in the forest or from the dragon said to live in its heart. The larger river, the Sapphire, branches off, a part of it becoming the Bright Creek, which cuts through the northwest corner of the Bluescale Academy’s grounds.

Bluescale Academy used to be the vast estate of Baron Francis Bright, a very wealthy, eccentric man who was also a scholar of healing spells and potions.

As a young teenager, Bright was taken ill with what he was told was an unbreakable curse; he ran into the Dragon’s Forest, thinking it better to die quickly at the fangs of a savage beast than slowly due to a curse. Incredibly, he survived, thanks to the magic of a wild unicorn. He wrote about it afterwards in his diary, which he left to his daughter, Ava.

“Deep in the Dragon’s Forest, exhausted by my mad run through the trees, I collapsed on the ground. Feeling the curse placed on me leeching the strength from my body, I shut my eyes and waited for Death to take me in the dark of the moonless night.

When I next opened my eyes, I did not see the faces of my forefathers in the Celestial Halls. Instead, I awoke to see a unicorn grazing before me, its silver pelt shining in the weak morning sunlight. As I held my breath, entranced by its beauty, the unicorn walked towards me, unhurried and unafraid. For a moment, it looked at me with its large gray eyes, then lowered its head until its spiral horn, which looked akin to polished pearl of the finest quality, touched my breast, the tip pressing into my skin. All at once, the heaviness of my limbs disappeared, and such a surge of life swept through me, I cannot even begin to describe what I felt. It was as if I had been immobile for many years, able to hear and think but unable to act, and suddenly I was free.

When I regained consciousness, the unicorn was nowhere to be found, as it had left no tracks in the grass and there was no mark on me where its horn had pressed.

As I left the forest, I felt I was being carefully watched, and occasionally glimpsed blue scales among the foliage. I knew then that I was in no danger, as the blue-scaled dragon of the forest was my escort home.”

After his encounter with the unicorn, Bright went back to his family, and immersed himself in everything to do with magical creatures and healing. Bright is famous for actually creating spells, something very few mages do, as they usually rely on the spells taught to them by their masters. He also experimented with various materials collected from magical animals, creating healing potions after many years of careful research and records of his failures and successes.

Bright was very intelligent, but also compassionate towards animals. He was greatly saddened by the tales of hunters killing magical creatures, even those he knew were often aggressive towards humans, for their healing properties. He worked hard to create potions and protective jewelry from parts of magical animals that were dropped naturally and could thus be collected without harming the creature. For example, he discovered that unicorns shed their horns every three years, and that these horns were only a little less magical than horns sawed off the creatures heads.

Bright was married to Lady Maris, and they had a son, Kranz, and a daughter, Ava. Kranz went off to become a knight, forsaking his familial lands, and died as a young squire. Ava, on the other hand, was a quiet girl, an avid reader, and a lover of magical creatures, earning her father’s favor. Because of Ava’s love for dragons, Bright named his school the Bluescale Academy, after the blue dragon he had seen in the forest.

Bright had a vast collection of books and maps, which were the foundation of his school’s immense library. He originally founded the school for the study of magical creatures, but Ava, as its headmistress after her father’s death, broadened its subjects to include all manner of magical study.

Bluescale is located atop a broad cliff face, and looks rather like a castle in parts. It sits on 40 acres of land, most of which is either paths or grass and trees. There’s a little creek cutting across the northwest corner of the Academy’s grounds called Bright Creek. 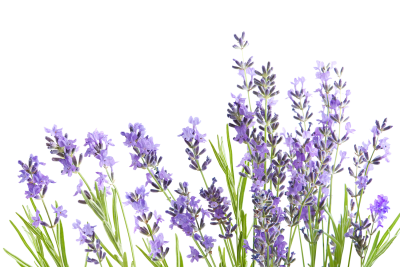